Over the past eighteen months the whole ska genre in the UK has benefited from some truly amazing bands breaking out onto the scene and making us all that little bit happier we have some great music to listen to and see live. Many of these bands have come together under one roof by being signed to the Rebel Alliance label, run by Barney Boom of Sonic Boom Six fame and their manager Liam. The first signatories to the label were (of course) everyone’s favourite Mancunians, Sonic Boom Six, followed over the coming months by Random Hand, Mouthwash, The Skints, The Babylon Whackers and (very recently) Dirty Revolution and the UK distribution of Chris Murray. Partly to promote the label going from strength to strength, and partly because there’s so many damn good bands on it, the label has put together a tour package going the length and breadth of the country featuring four of the acts – Random Hand, Mouthwash, The Skints and Chris Murray. The tour kicked off in Norwich, with Nottingham being the second port of call (although it was in fact the first for one band – read on...) at Nottingham’s home of ska, the Maze.

As any one of the bands could easily headline in their own right, the tour is rightly making it fair to all by having a rotating headline act system, so that a) everyone gets to play top billing and b) it helps make people turn up early and stay for the entire evening, as the order of the acts is not announced prior to the night. This seems to be working right from the word go, as the Maze is absolutely HEAVING upon arrival shortly before the scheduled doors time. The venue soon fills up, and it looks exceedingly close to capacity when the first band take to the stage soon after doors open. Tonight the opening act is the best thing to come out of Keighley, Random Hand. Due to problems with their van breaking down, this is in fact the first night of the tour for them, so despite a slippy stage their enthusiasm for playing live gets them bouncing a few moments after the first notes of Scum Triumphant slam into us. It isn’t long before Robin apologises for not jumping as high as he usually does due to the underfoot conditions, remarking “it may be punk but there’s still health and safety to think of”. He then regales us with tales of how on a non-slippy stage he can jump three storeys high, and can also be a one-man human pyramid. It’s a sad time for the band at the moment as Joe Dimuantes (drums) has recently announced he’s leaving the band. They’re still great friends, but touring has been taking its toll on his sanity so he’s calling it a day at the end of this tour. This sad news doesn’t detract from their performance however, the band as always give it 110% effort, screaming every note out with the passion we’ve come to expect from them. Favourites off the new album like Devil’s Little Guinea Pig are the prelude to a happy birthday announcement for an RH fan who’d told them it was his 40th birthday this evening. As a present they dedicate Anger Management to him, before treating us to a new song not played in Nottingham before, called Let the Fans Begin. It’s a classic RH heavy number with ska riff, and I’m looking forward to hearing it again soon. The band finished their set with shout-outs to all the other bands on the bill, to the promoter, then to any other band members they could see in the crowd (Girlfixer, Breadchasers, and someone else I didn’t catch) like the all-round lovely guys they are. A circle pit to Play Some Ska brings their set to a close, leaving the crowd hungry for the next act.

Number two to appear tonight is those multi-talented masters and mistress of reggae, London’s The Skints. As the latest Rebel Alliance band to release an album, the Skints have been in our vision a fair bit recently, with a few tours under their belts in the last couple of months of 2009. So it should come as no surprise that the crowd was totally on their side tonight, singing back every word louder than the band could. They opened with Mindless, followed shortly by “GET ME”, and looking visibly shocked at the level of response they got from the crowd. Midway through Bright Girl, which had an absolutely phenomenal reception, Josh (vocals/guitar) pauses to raise his glass to the crowd in salute, such is the bands appreciation. During the haunting Roanna’s Song, where Marcia gives vent to her feelings about war and her absent sister, the band break off halfway through into a version of Sweat by ‘Inner Circle’, which excites people even more. The band have matured a lot over the past year, and turn in a slick performance every bit as passionate as that of the seasoned veterans Random Hand before them. Closing track Contemplations of a Modern Rudeboy carries on in this vein to the set’s triumphant conclusion, with the atmosphere every bit as charged as before the band started.

Next we are treated to Rebel Alliance’s newest recruit, Chris Murray from Los Angeles. Famous for leading Canadian ska band King Apparatus, Chris has built up quite the reputation for songwriting for bigger acts as well as writing his own material, which he performs in a distinctive style, bouncing up and down with the rhythm on the balls of his feet. Tonight he is joined by Jamie (drums) and John (bass) from The Skints to provide some backing material. I had worried that the crowd might thin out for Chris, but my fears were unfounded, as the crush from the earlier bands remained. He begins with one of his biggest songs, Love Flame, followed by another of his big hitters in Rock Steady. Both have a jaunty groove which get listeners mimicking Chris’s bouncing, so that the packed room is a mass of heads bobbing up and down. I find with Chris’s music it has the same sort of sound throughout the set, but it’s very mellow and calming. There’s no sweat flying around during this performance, but it helps you relax and sing into the music to appreciate it fully. Josh from the Skints joins his bandmates on stage for one song, then the set – rather shorter than the other bands – comes to an end with Chris’s classic finishing song Home, with the refrain “I want to go home, but home has gone away” echoing in our heads long after he has left the stage.

Finally, the other act from the capital takes to the stage to round the evening off. Mouthwash released their album towards the beginning of 2009, and while they have toured a fair amount over the year, they haven’t produced much in the way of new material on stage with just two songs that I can recall. However those two songs certainly are corkers – Solid as a Rock is a fast-paced song with a shouted chorus, whereas the other (whose name escapes me) is a jangly ska-anthem where Nipper (vocals) has his own snare drum to play on during the chorus. The band has a terrific momentum they keep, with no banter to the crowd, just getting on with the business of playing songs, and playing them well. That Girl goes down well, followed by The Sound – one of my favourite songs of theirs. Hazy Days brings their scheduled set to a close, but after much screaming from the crowd they return to the stage for one more song, finishing with their traditional Rage Against The Machine outro riff.

This was a truly amazing night all round, with all the acts turning in a fantastic performance. The venue was packed from start to finish, with the front row of the crowd changing from band to band. Kudos to Rebel Alliance, here’s hoping they carry on 2010 in the same brilliant style. 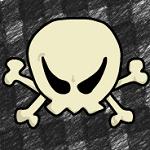 Nice review. Gets me very excited for the London date.

Did Random Hand happen to play Eyeballs of War?
Steff

I'm seeing this tour twice in 2 days, this makes me happy in my pants.
Foxxe 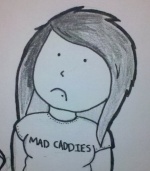 This is got me rather excited! YAY! Can't wait...

I believe they did enjoy blast Eyeballs out. Yes I am also rather excited, have Reel Big Fish/Big D/SB6 wednesday then heading to Derby for this gig again! 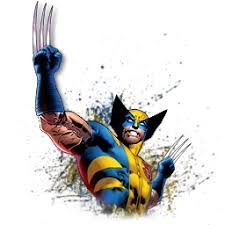 I dont remember eyeballs of war happening, must have fallen asleep or something.
_________________
SO WHERE THE HELL DO YOU GET OFF SAYING YOU SUPPORT BANDS? ONLY SEE YOU AT THE BIG SHOWS.
Andy DTA

I could be wrong, I was drinking after all. Which was nice. 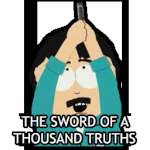 Newcastle was awesome, the skints then Chris murray then Mouthwash then Random hand, which was just about the order i was hoping for so the music got faster as the night went along

London was sick last night. Was something special i'm telling you. Random Hand, Mouthwash, Chris Murray, then The Skints. Everyone was ace but the skints were just incredible. It blows the mind to think how just 4 people can pull off something as good as that. Didn't recognise many of their covers unfortunately. only got sweat by inner circle. If anyone recognised anymore would be nice to hear them!

P.S no eyeballs of war unfortunately. Not that it mattered very much at all in the end.
ferrrn

as of about half an hour ago, i think i'm seeing them tonight.
Andy DTA

Luton leg was pretty quiet but what few were there did have a good time, and I thought all the bands were ace as always. Hope matt from random hand hasn't hurt his foot too bad after robin landed on it!
Reel Big Moose 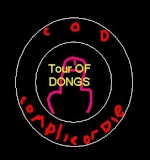 The leeds leg was ace. I was drunk, the abdns were great, I'm even rowing to like mouthwash now, they really impressed me.
Less impressed that I still ahvent got my skints cd I bought that night though, grrr.
Sponsored content